Dick Miles has given us some tunes that he recorded way back, in the hope that we can revive them in our sessions. There is some excellent playing here, on the English concertina: that particular instrument is far less prevalent in Irish traditional music than its cousin, the Anglo. In fact, it was the ‘English Concertina’ that Victorian scientist Charles Wheatstone invented (and patented in 1829). As each key sounds the same whichever way the bellows are moved (unisonoric) – and because of the note layouts on each side of the instrument – it is possible to play fast, smooth runs and complex ornamentation, as well as most keys and chord combinations on the English. The ‘hybrid’ Anglo – which plays different notes when the bellows are pushed or pulled (bisonoric) is more limited in notes, chords and complexity. However, there are concertina ‘maestros’ who can work wonders whichever type of instrument they use. In the end, it’s the music that counts! 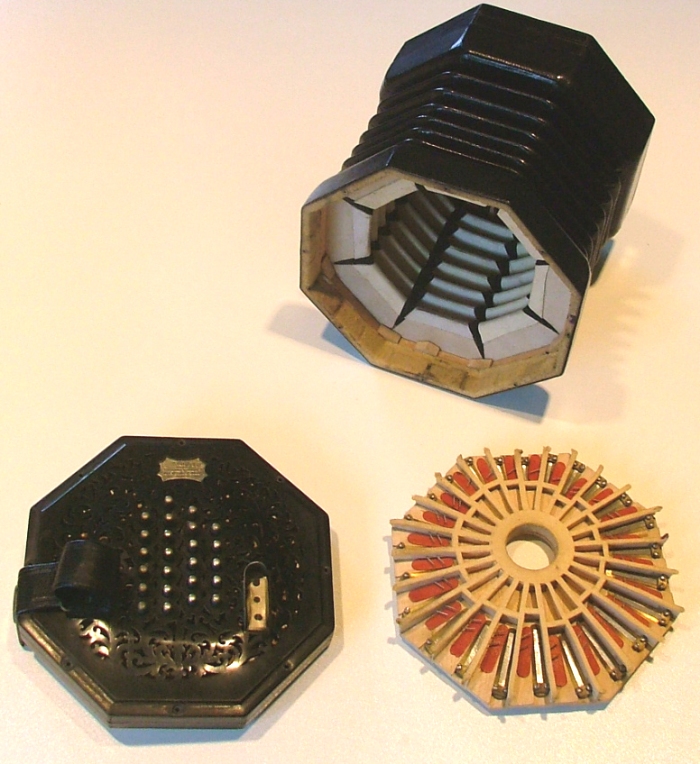 How it works: the inside of a Wheatstone English Concertina showing buttons, bellows and reeds

Firstly, an interesting track that has Dick on the English and an Anglo player – Harry Scurfield – providing accompaniment. The tunes are Paddy Fahey’s Jig and The Orphan.

Paddy Fahey (1916 – 2019) was a traditional fiddle player and composer from East Galway. He was enigmatic in that he never made any recordings of his playing, and he never gave his tunes names. Consequently, those tunes which have survived through being learned and played by other musicians are only ever known as Paddy Fahey’s Jig Number 3 – or whatever. I couldn’t find a transcription or a number for the jig on this track. Paddy died at the age of 102.

Secondly is a musical tour de force! Dick plays a Scottish tune – Lea Rigs – and includes variations on that tune written for Northumbrian Small Pipes by Tom Clough. Sit back and be amazed! 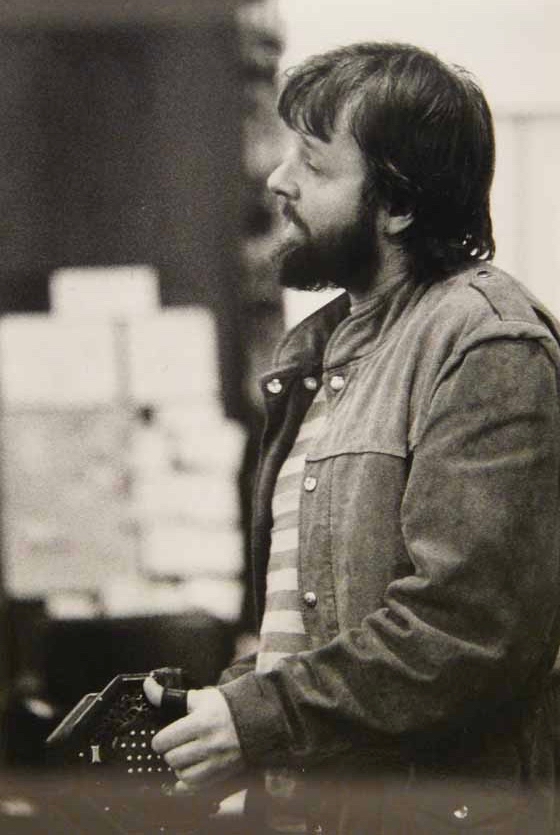 One thought on “Harking Back…”