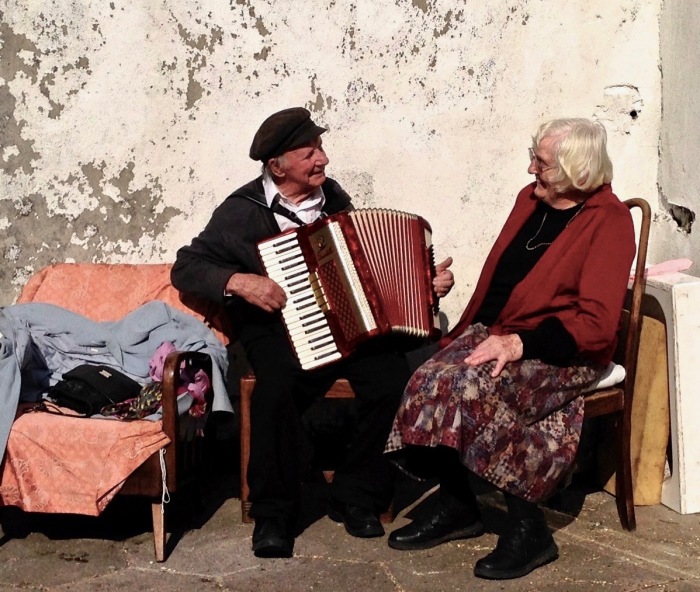 Derek was a stalwart member of the Ballydehob Sessions, ever since he arrived in West Cork in 1990. He was brought up in Scotland (where he spoke Scots Gaelic), and lived in Norfolk, Hampshire and Leicester before coming to Ireland. But he had many adventures in between. He was in the armed forces in Word War II, serving in Finland and N Norway. During a period in Winterton, Norfolk, he met up with Bob Roberts (who owned and skippered the last commercial sailing barge to trade in the UK) and Sam Larner, both of whom were involved in a lively traditional music scene in East Anglia. Derek had many stories to tell about that particular period in his life, and his own adventures in traditional music.

As a little Sessions project I would like to invite all Ballydehob Session members (or anyone else who knew Derek in his lifetime) to contribute something to these pages. Either tunes that you know he played or liked, or any stories about him. Please send them in and we’ll put up a future post featuring them.

I’m kicking off with two waltzes which I often heard him play in our sessions: The Marino Waltz – composed by John Sheahan of The Dubliners and (Derek’s own favourite) Margarets’ Waltz – composed by Pat Shuldham Shaw. I’m playing them in G at a reasonably sedate 100 BPM – good for dancing to!